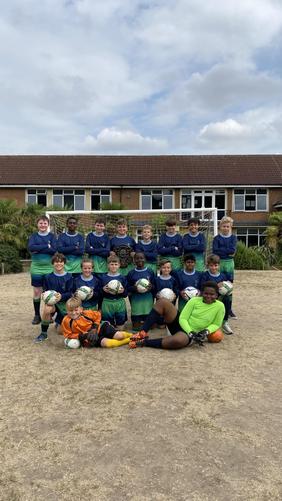 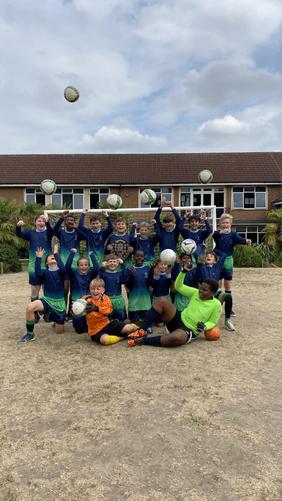 Below is a list of upcoming fixtures and events, some dates have not yet been confirmed:

Following on from our victory on the 11th Novemeber, Avenue hosted All Saints Benhilton. The boys started strong with 3 first half goals; a long range strike from Eric, a one-man assault from Emmanuel and a half way strike from our Captain, Oliver.

3-0 at half time, the boys were after more goals and keen to display their dominance. 4 more goals were scored in the second half; 2 from Emmanuel, 1 from Eric and a late goal by Abhishane. The boys were 7-0 up and pleased with the score, until a last minute attack from All Saints Benhilton caught Lucas off guard and ASB got one back. 7-1, the final whistle blew.

On the 11th November, Avenue played against Westbourne primary school. Having previously beat them in the 7-a-side Danone cup, the boys were eager to get started. The match saw a stagnant start with the posts being hit twice. Just before the half-time whistle, Emmanuel slotted a goal home and Avenue went 1-0 up.

The second half saw 3 more goals scored by Avenue, all 3 goals were scored by Emmanuel which tied the game up 4-0. James kept a clean sheet on his debut with some great teamwork all round.

In our first match of the season, we traveled to Brookfield Primary Academy. The match began with a shaky start, our keeper found himself off the goal line and a well placed chip-shot saw the Avenue team go 1-0 down. With heads held high, Avenue took the next centre and attacked. With two quick goals scored from Harrison D, we went into halftime leading 2-1.

After making some substitutions, the boys knew that they would have to work hard in order to secure the win. An early goal from Emmanuel saw us lead 3-1 before a stunning halfway shot from the team's captain Oliver put Avenue 3 goals clear, 4-1. Another two goals were successively put past Brookfield by Harrison R and we found ourselves leading 6-1.

The final few minutes saw a burst of energy from Brookfield, determined to make a comeback. A short series of defensive mistakes saw Brookfield score another goal to give them hope at redemption. Fortunately for Avenue, the final whistle was blown and the match ended 6-2.

Congratulations to the boys for their first league match and a decisive victory, long may the goals continue to be in our favour.

Our first game of the season, saw the girls play Brookfield at home. The girls were very excited and started the game well. We defended well but couldn't find a way through in attack. The first-half was back and forth with both teams keeping possession around the centre of the pitch. 0-0 at half time and it was looking promising for Avenue.

The second half saw Brookfield get an early goal, followed by another. 2-0 with 10 minutes left. Avenue continued to try and send the ball forward but were unsuccessful. The final minute saw a penalty awarded to Brookfield, 3-0.

Well done to the Girls and our keeper Serin who made some incredible saves.

Our first football of the season came in the form of a 7-a-side tournament (Danone Cup) for our Year 6 children hosted by Westbourne.

Our first match against Dorchester found both sides a bit frosty and neither team could break the deadlock. A 0-0 draw was the final score after two, ten minute halves.

Next we played against the hosts, we quickly found the net with an assist from Jamie and a close-range finish from Eric. This was instantly followed by a long range shot from Eric following Edward's assist. A 2-0 win saw the first goals of the tournament.

Our final match against Cheam Park Farm only needed us to find the net once to push the tournament into a penalty shootout for first place. After 5 minutes, substitutions were made and the boys encouraged to find the goal quickly. Unfortunately, the game finished 0-0.

Dorchester won their other two matches 2-0 and 1-0 respectively which sees them go through to the next round on Thursday 7th October.

Well done to all that took part!

Up and running again...

We are delighted to announce that school sport at Avenue has begun again.

We have a plethora of clubs both after-school and during school to engage our young children in sport and physical activity (see below).

Sport at Avenue is incredibly important, not only for our children's physical health but also their mental health. We will be updating this page with websites and services that you can use, so that you can support physical education at home in the current crisis.